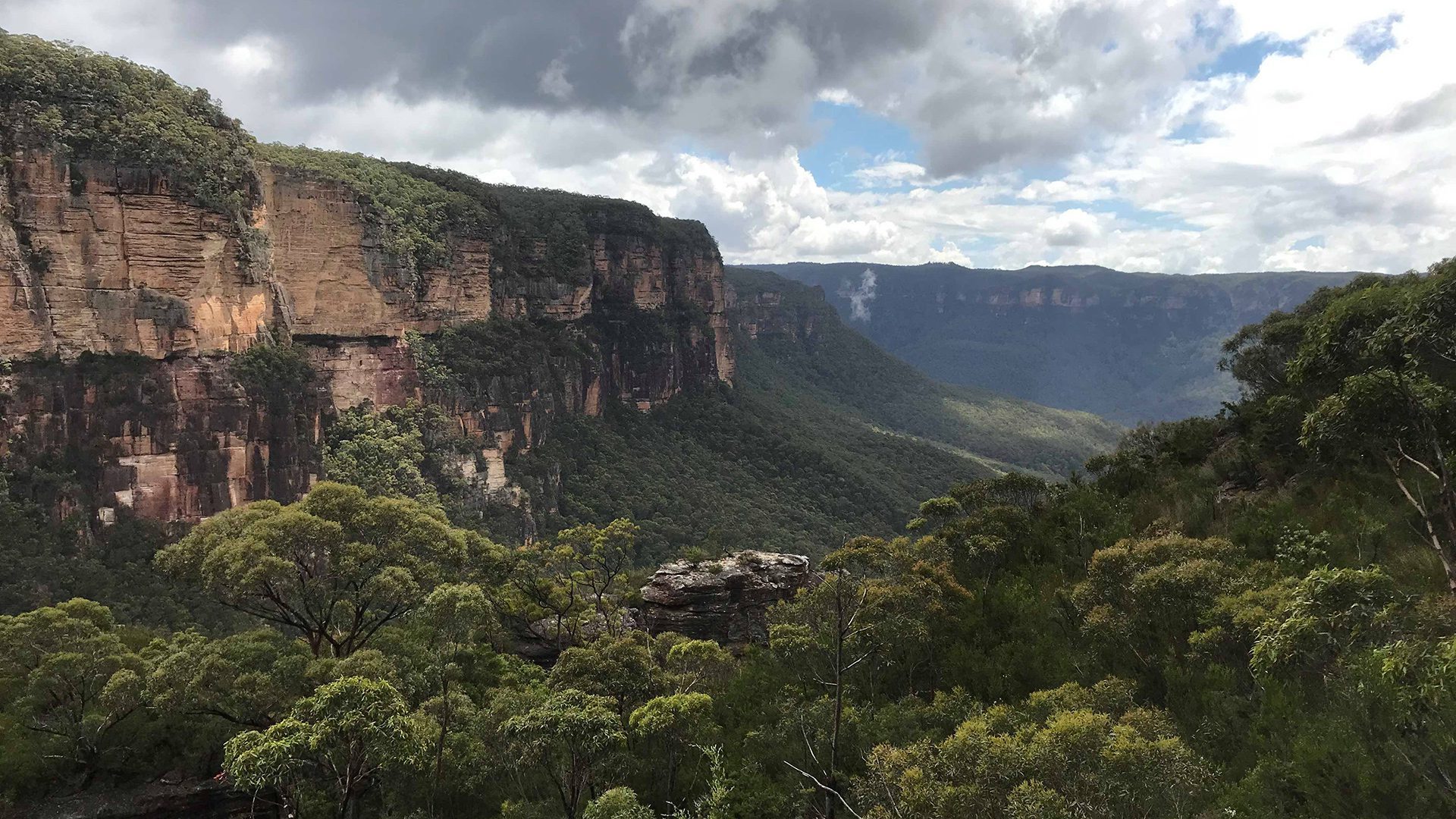 The Australian School of Mountaineering employs Australia’s most highly qualified and experienced, full-time training and guiding team. Our instructors and guides have an unmatched level of personal experience and formal qualifications. At ASM we select our instructors for their experience, professionalism and outstanding personalities. When you participate in an ASM course, climb or expedition you can be sure of having the best instructors in the business. In addition ASM also maintains a group of preferred Freelance Instructors to supplement the permanent staff highlighted below.

The Australian School of Mountaineering employs Australia’s most highly qualified and experienced, full-time training and guiding team. Our instructors and guides have an unmatched level of personal experience and formal qualifications. At ASM we select our instructors for their experience, professionalism and outstanding personalities. When you participate in an ASM course, climb or expedition you can be sure of having the best instructors in the business. In addition ASM also maintains a group of preferred Freelance Instructors to supplement the permanent staff highlighted below. 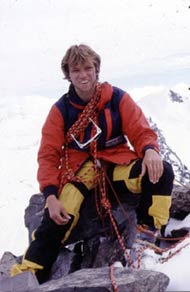 Glen began climbing in 1975 and has worked as a guide and instructor with the Australian School of Mountaineering since it’s beginning in 1981. Also a keen adventure photographer and writer, his articles and photographs have appeared in many climbing, and outdoor publications. Glen has previously been involved in technical consultancy and promotional work for several well-known outdoor clothing and climbing equipment manufacturers.

He was a leader on the first ASM Expedition to Aconcagua (6,959mts) in 1989 and has travelled to New Guinea, New Britain, Indonesia and New Zealand to work on various ASM Corporate and Technical Projects. In 1987 he made the first alpine style ascent of the Japanese Route on the North Face of Changtse (7,560mts) a peak situated high above the North Col of Everest in Tibet. In 1985 he was also a member of the first Australian Expedition to attempt a ski descent of Mount Muztagh Ata (7,546mts) in the Chinese Pamir Mountains. Glen’s other mountain experience includes many summer and winter climbing and skiing adventures in New Zealand and numerous seasons in the place that he identifies as his mountain adventure “paradise” – Chamonix in the French Alps.

He is now the Director of administration and operations at ASM and is also responsible for areas such as program scheduling, course design and implementation. 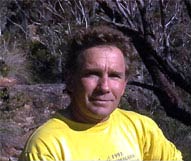 Derek commenced work at ASM in 1988 and has been a full time Instructor and Director since 1990.

He has led many of ASM’s most successful international expeditions including the very first ASM Himalayan Three Peaks and Three Peaks South America Expeditions in 1993 and 1994. Derek’s other mountain experience includes expeditions to Broad Peak (8,047mts), and Denali (6,194mts) numerous climbing trips to New Zealand, United Kingdom, and North America. Derek was the Climbing Instructor and Advisor on the “World’s Highest Dinner Party” which took place on Mt Huascaran (6,769mts) in Peru and later made famous in The Guinness Book of World Records. Derek recently put his extensive planning and expedition logistical skills to good use when he supervised crew support for the Australian Team, competing in the famous Raid Gauloises adventure race in Tibet.

One of Australia’s most experienced guides and instructors, Adam also has a formidable climbing resume which includes expeditions to Peak Kommunisma (7,495mts), Nanga Parbat (8,125mts), Dhaulagiri (8,167mts) and the first solo ascent of Mt Cholatse (6,145mts) via the difficult West Rib. His Big Wall experience includes the Salathe and Shield Routes on El Capitan and ascents of numerous hard free routes including “North Face” of the Rostrum and “Astroman” in Yosemite Valley. Adam has over forty ascents in New Zealand’s Southern Alps including the South Face of Mt Hicks and eight different routes on Mt Cook.

Richard has been guiding and instructing at ASM for many years and has been responsible for much of the technical course development and refinement in recent times.

He has a passion for adventure racing and along with several other ASM Senior Instructors competed in the awesome Raid Gauloises race in Tibet in 2000: Other Adventure Races have included the Southern Traverse NZ 2000, Emergency Services S&R Navigation Shield and Sydney Trailwalker. Richard has extensive skiing, climbing, trekking and mountaineering experience in virtually all corners of the world including: – Nepal, France, Norway, Austria, Canada, New Zealand and Switzerland. 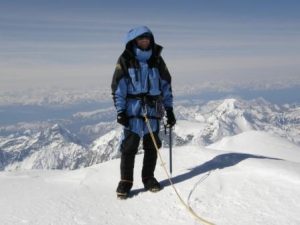 Jeff has over 40 years climbing experience covering snow, ice and rock climbing. He has an impressive list of climbing credits including eight seasons alpine climbing in New Zealand, and eleven alpine seasons in Europe, Africa, Asia and North America. Ascents include Mt Cook (3762m) and Mt Aspiring (3025m) in NZ;  Mt Elbrus (5642m) and Mt Blanc (4807m) ) in Europe; a solo ascent of Mt Kilimanjaro (5896m) in Africa; Chasa (4995m) in Tibet as well as an attempt on Mt Shishapangma (8027m); Maliy Igizak (3710m) and Pik Korzheneyskava (7105m) in Tajikistan; a grand traverse of Mt Fuji (3776m) in Japan; the King Trench Route on Mt Logan (5959m) and the technically difficult King Peak (5175m) in Canada. Jeff has made many alpine ascents in the USA including Mt McKinley (6187m) and Mt Rainier (4393m). He also made solo ascents of Aconcagua (6960m) and Cerro Ameghino (6000m) in Argentina, the latter being the first Australian ascent.

Jeff’s rock and ice climbing resume is no less impressive with ascents in the Sierra Nevada USA, Squamish in Canada Chamonix, Provence and Corsica in France, Ticino in Switzerland, the Dolomites in Italy, the Peak and Lake Districts of England, the Pamirs in Tajikistan and Rjukan Mountains in Norway, as well as a vast amount of rock climbing in Europe, North America and Australia. Of course Jeff has also climbed and ski-toured extensively in the Australian Alps, especially Kosciuszko National Park where the ASM mountaineering and snow courses are conducted.

A highly experienced climber and instructor, Carl has been working at ASM for several years and has proven to be a universally valued member of the ASM Training Team. He previously served as a Major in the Swedish Army and has United Nations experience in Angola, Indian, Pakistan, Bosnia and Lebanon. Carl was a member of the Swedish Arctic Alpine Search & Rescue Team and has vast experience in Mountain and Arctic Wilderness environments. His mountain background includes extensive climbing in Europe, US and Australia and knows the local canyoning and climbing scene intimately.

He is an Australian Climbing Instructor Association (ACIA) qualified Instructor and is Workplace Trainer Assessor Accredited.